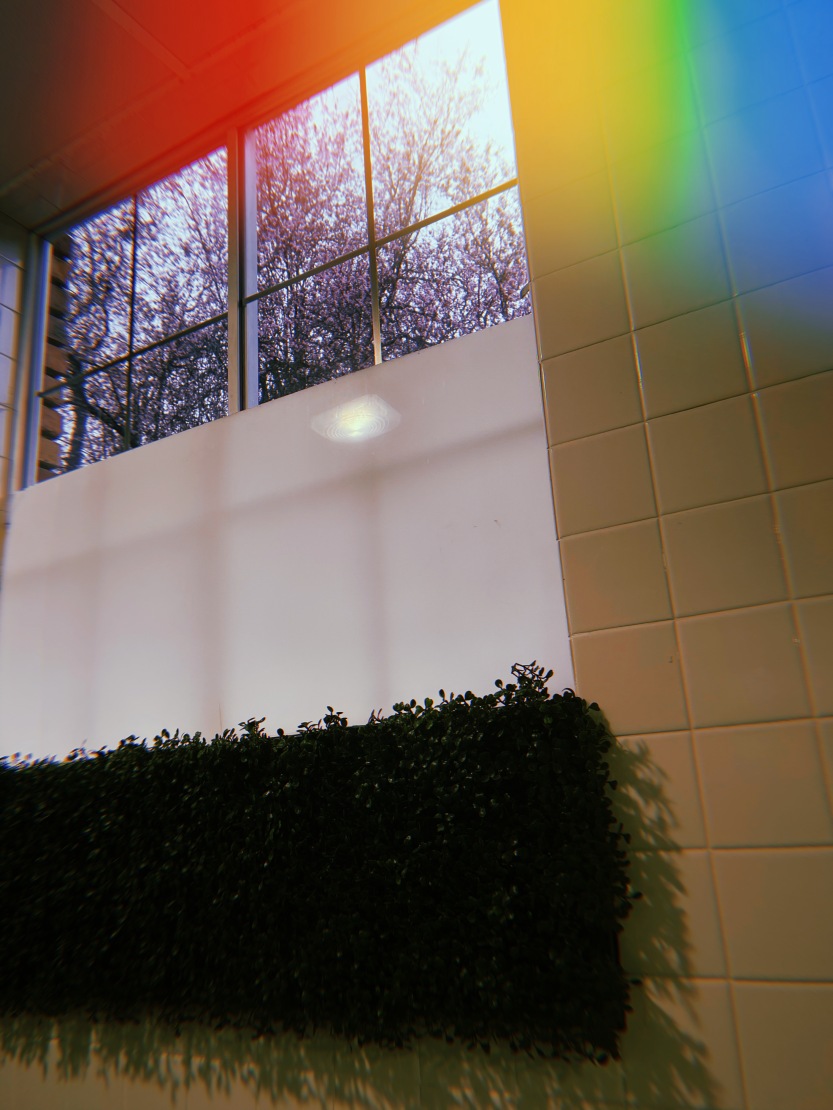 okay, im two days into a interpersonal relationships course and i’m already filled with information and need to reflect one some of it so here goes

Interpersonal communication is a transactional process (where two people have a certain goal) that is continuous and involve overlapping environments, external and internal noise and channels of messaging that affect how the communication is represented, which basically means that a lot can get in the way of what someone is saying and how you perceive it. saying ‘love you’ instead of saying ‘I love you’ to some can seem like nothing and to others, based on their lived experiences and past traumas can seem like a lesser than. and that is okay, because everyone is different and everyone had personal strifes that they’re trying to combat.

at the beginning of the chapter I was asked to put together a list of things that I think that I am, and the negatives all came out first; overweight, non athletic, nervous, insecure, BPD, etc. even after I got all the bad out and started writing good things; funny, charismatic, humanitarian, I realized I didn’t weigh the good things nerarly as much as I put weight on the bad. it was like ‘overweight and non athletic’ were in bold and italics and ‘funny and humanitarian’ were a smaller font than the rest of the words. this means I have low self-esteem to go with my self concept.

other people play a huge role in how your self esteem works– based off reflected appraisal (the way others regard you is how you mirror how you see yourself) and social comparison (evaluating oneself in how we compare with others) and I have FLAWS in this department. mainly stemming from middle school. people told me I was no good unless I was putting out, that I was fat if I didn’t look like a toothpick, that I was dumb because I was having trouble keeping up in my classes. that went on for three years and when you have long exposure to negative appraisal, it sticks with you. from that point on, it didn’t matter how much positive appraisal I got because it was already ingrained in my system that I was bad, fat, dumb etc. the mind engages in whats called cognitive conservatism, the want to tend to an existing self concept because its what we are used to, and studies show that we would rather reinforce a previous self concept than learn the truth. so no wonder I still think im bad, dumb, fat etc because I have been taught to think that way BEYOND reason! likewise, I used to be a decently active person but lately, not so much. the way the brain works– if you’ve failed more recently than you’ve succeeded, you’ll believe that you are destined to fail. so no wonder I believe that I ‘can’t’ do exercise, I have it ingrained in my brain that if I try, I will fail because I have failed at it lately! we deny ourselves a much happier life when we resist change by clinging to obsolete images of ourselves. i’ve been sitting here thinking ‘whats the point of trying to work out, i’m never going to look how I looked when I was 18.’ but the problem with that is the picture of me as an 18 year old is obsolete now. its gone, biology says i’ll never look that way again. but just because I have a negative view of myself doesn’t mean I have to continue having a negative self view.

so how do we change?

you need to sit down and construct a realistic perception of yourself. really think, really examine your surroundings and your recent past/interactions/observances. are you REALLY that dumb? what proof do you have? periodically revisit your strengths, but dont go getting a big head. thats why I say periodically. make a list of your strengths and keep them somewhere you’ll run into them every once in a while. and the for fuck sakes, surround yourself with people that will lift you up! delete those skinny bitches off instagram, block the mansplaining fuckwad that comments on all your less-than-political posts with an off-brand-political-response. find friends that go out of their way to tell you that you look incredible in that dress and you have a beautiful smile. find friends that praise you on days that you accomplish turning around a negative view and comfort you on the days that you cant muster the strength to see anything but bad, bad, bad. we are only in our 20’s/30’s, its not too late to reevaluate who your friends are.

try to watch your self-fulfilling prophecies. that is, a prediction of an event that makes the outcome more likely than if you hadn’t predicted it. think you’re not going to get that job? you probably wont! think you’re going to end up hitting it off on your date? you probably will! what you believe is what becomes, and it’s not bullshit that I just said that because it’s literally in a textbook written by smart people. so put that in your pipe and smoke it.

lastly, because this is as far as i’ve gotten in the textbook, its important to pay attention to our public vs private selves. who are you when the doors are closed, and how different is that from when you’re with people? I remember I was in the car once having a really bad night, crying, and as soon as my friend got in the car I spoke in the cheeriest tone and didn’t convey any of the emotion I was feeling moments ago. ask yourself; can you make your public and private selves more similar? are you afraid of who you are behind closed doors? talk to some of those demons. try and figure out if you can get rid of some of those negative views. try and see if theres at least one person that you can practice being your private self with, in public. we all have multiple identities, multiple faces that we put on– lover, friend, student etc. but is there a way that we can minimize the severe difference between the personalities? that would be cool.

you can do it! even though it’s hard to change your perception, it’s much easier under to do the sooner the better. you can love yourself, its scientifically proven. it’s hard work. but it starts with recognizing new ways and new patterns of behaviour, let this be that. the next phase is awkwardness while you try to shape your worldview. then, you can execute these behaviours, but its not natural to you. next, you integrate these beliefs into you system and do them on autopilot! thats only four steps! you got this.

thanks for letting me nerd out on you

Im sure there will be more to come